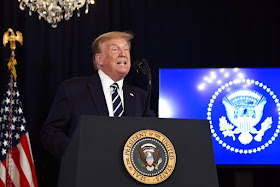 Bloomberg notes that the president can’t unilaterally cut the 20% long-term capital gains rate without Congress, but some advisers tell him he could issue an executive order that would slash tax bills for investors when they sell assets. The move, known as indexing capital gains to inflation, adjusts the original purchase price of an asset when it is sold so no tax is paid on appreciation tied to inflation.

Trump also said he was considering a “cut in the middle-income income tax.” Congress would have to pass legislation to make any reductions to tax rates, which is unlikely to happen before the end of the year.

As I have stated before, I am all for tax cuts but if Trump doesn't cut spending by similar amounts he is just shifting the method of taxation, most likely via Fed monetization of deficit spending which results in upward pressure on prices.