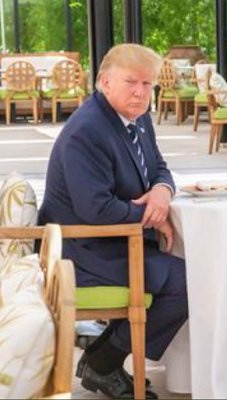 President Trump, last week announced that he has imposed new tariffs, which will take effect Aug. 16, of 10% on aluminum coming from Canada.

The Wall Street Journal notes this will mean higher prices for Americans for items that include aluminum such as bicycles, bike wheels, golf clubs, refrigerators, aluminum cans and foil---for starters.

At a news conference on Friday, Canada’s deputy prime minister, Chrystia Freeland, called the move by Trump “unwarranted and unacceptable.”

She said that the Canadian government plans to retaliate dollar-for-dollar.

Freeland said Canada would spend 30 days consulting Canadian consumers and businesses about which American-made products should face tariffs. On the list of potential targets are golf clubs, bicycles, exercise equipment and washing machines – like those manufactured by Whirlpool.

And there you have it, more clueless anti-trade steps but Trump that do nothing but distort free market activity and shrink the standard-of-living for Americans, especially with Canadian retaliation measures on top of it.