On the Frontier of the Oil Bust: Schlumberger to Eliminate 9,000 Jobs 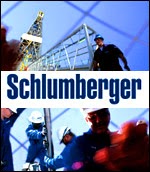 Schlumberger, the world’s largest oil services company, plans to cut 9,000 jobs as a result of the fall in oil prices and cutbacks in spending by the energy groups that are its customers.

The company made the announcement as part of its fourth quarter earnings release. I also announced a $1.77bn pre-tax charge that included $296m for job cuts and $806m for writing down the value of offshore seismic surveying vessels.

The cuts are the largest so far announced by an oil services company following the slide in oil prices that began last June.
at 10:52:00 AM
Share