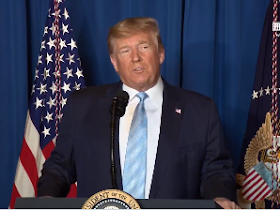 Too many Universities and School Systems are about Radical Left Indoctrination, not Education. Therefore, I am telling the Treasury Department to re-examine their Tax-Exempt Status...
— Donald J. Trump (@realDonaldTrump) July 10, 2020

I sympathize entirely with Trump's sentiment here, it is true that what is being taught at almost all colleges and universities is anti-capitalist radical leftist corprolite. But it is a slippery slope to start pulling tax exemptions.

It is the further politicization of America's institutions and on these grounds, I object vehemently. Under Trump, it is about lefty education under a future AOC presidency it will be greater taxation of all institutions that aren't promoting the full socialist line.

Further, I would pull all federal government grants to colleges and universities, let them learn a little bit about how to hustle on the free market.