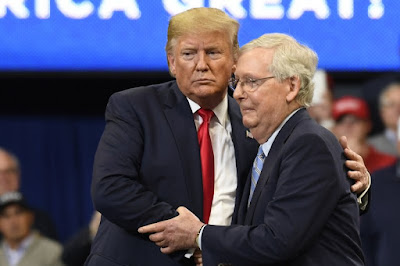 Just before the election, in November 2020, I posted this:

The Trump Tax on the Middle Class That is Coming

Lefty economist Joe Stiglitz reports in The New York Times that the middle class is going to face a tax hike next year, thanks to Republicans:

The Trump administration has a dirty little secret: It’s not just planning to increase taxes on most Americans. The increase has already been signed, sealed and delivered, buried in the pages of the 2017 Tax Cuts and Jobs Act.

President Trump and his congressional allies hoodwinked us. The law they passed initially lowered taxes for most Americans, but it built in automatic, stepped tax increases every two years that begin in 2021 and that by 2027 would affect nearly everyone but people at the top of the economic hierarchy.

Stiglitz surely knows that the ten-year tax provisions (cuts) expire not because of tax policy considerations but because the budget reconciliation rules require a ten year window -- so that a super majority is required to make permanent tax law changes. Lacking such a majority, the 2017 law was passed to phase out some cuts to make the revenue model look right, with the expectation that Congress would extend these provisions as the time came to do so.

Well, here we are in 2021 and Democrats will control both the House of Representatives and the Senate. Congress is not going to extend any tax cut provisions, the tax increases will occur.

The Democrats are also very likely to increase taxes beyond thus, pretending that this tax increase is not even occurring.