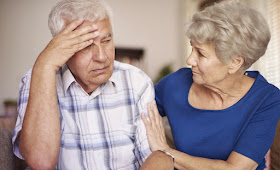 At the present trajectory of Fed policy, the 10-year bond will be close to yielding zero per cent by election day in November. The Fed will be trying to defend the “zero lower bound”, a set of points on a yield curve just above negative interest rates, for short-term funding. But by the time the 10-year rate gets within 10 or 20 basis points of the ZLB, the curve is telling you that there is no reward for saving money for the long term.


At that point, which by simple extrapolation comes in three months or so, fixed income investors will frantically chase yield from anywhere available. That is already happening...

This is about desperation, not high spirits.

Dizard has a point but the real problem that will come for retirees is the price inflation just ahead because of manic money printing by the Federal Reserve. It is going to make life very tough for those on fixed incomes.

Eventually, because of the inflation, the Fed will allow rates to climb a bit but it won't be enough to counter the inflation.

What the Fed is currently doing is completely irresponsible and is going to be most damaging to those on fixed incomes (COLAs won't adjust fast enough) and those who work at jobs where wages are relatively sticky.