Bank of America: Transitory Hyperinflation Ahead 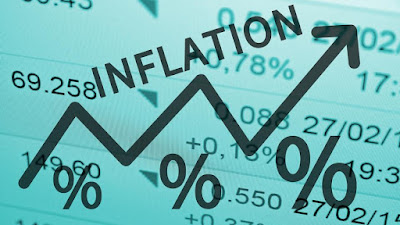 I have been warning about severe price inflation and have been relatively conservative about the entire thing, saying that price inflation on an annual basis of 3.0% is in the bag, that 5.0% is now extremely likely and that 10% price inflation can not be ruled out but, Bank of America's Head of US Equity & Quantitative Strategy, Savita Subramanian, is taking the inflation warning to an entirely new level.

She is warning about "at the least, transitory hyperinflation."

In her latest note (via Zero Hedge) she writes:

She doesn't identify exactly what she considers hyperinflation, but most economists consider hyperinflation a very serious event.

Harvard professor Greg Mankiw, who has the top best-selling economics textbooks on the market,  writes in his Principles of Economics (fifth edition) that "hyperinflation is generally defined as inflation that exceeds 50% per month."

Paul Krugman in his macroeconomics textbook (third edition), written with his wife Robin Wells, states that hyperinflation occurs when "prices rise by thousands or hundreds of thousands of percent..."

So Subramanian is defining hyperinflation in a way that is unorthodox, has no idea what she is talking about or thinks inflation is going to truly go to places we haven't seen since in America since the continental currency?

Like I said, I am forecasting on the conservative side with my inflation warning that "inflation over 10% can not be ruled out," because I don't want people to think inflation could get anywhere near hyperinflation levels. On an outlier extreme scenario maybe we hit 25% annualized inflation but that is far from the way hyperinflation is generally defined.

Current Federal Reserve members are extremely irresponsible but I think even they would slam on the money-pumping brakes before price inflation gets anywhere near hyperinflation levels.